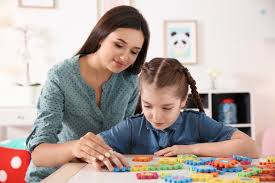 ABC therapy is an evidence-based parenting intervention for caregivers of infants and toddlers who have experienced early adversity. The program is endorsed by the MIECHV-Home Visiting Coalition, The California Evidence-Based Clearing House for Child Welfare, and SAMHSA’s National Registry of Evidence-based Programs and Practices.